On the challenges of providing services to problem gamblers

The INSOSCI meeting in mid-June provoked a discussion on the feasibility of access to health care services for addicted individuals and here I wish to explore the grounds a little further. In the INSOSCI project, I am particularly interested in gambling and its pathological forms, but the ethical discussion about health care services below is applicable also to individuals who suffer from pathological forms of substance use – even if behavioural and substance addictions may involve differences on the neuroscientific level. In any case, neuroscience can provide insights on the similarities and differences in gambling and its pathologies, but at the same time, the discipline has its limits. Consider, for instance, that we are interested in gambling pathology called addiction, and look at the loci in which the “decisions” for action take place in the brain. Imaging provides us with that kind of information and, according to the dual process model (of addiction), the user’s brain lights up in ways that suggest that decisions are not reflected but happen fast and may not even surface for the conscious mind. However, the dual process model cannot, as such, differentiate between a heavy user and addictive user/gambler. In light of this, addiction is not merely reducible to this kind of functions in the brain and developing health care services merely on this kind of basis would have implications that are ethically problematic.

Gambling is an interesting phenomenon, as it does not seem to be essential for our survival. Yet, it has been an activity that people have engaged in since the ancient times. In modern societies, gambling is regulated by different norms ranging from moral norms to legal and other societal rules and regulations. Individual and societal responsibilities reflect our views of gamblers and gambling; the ways in which the individual can (and should) act in engaging in gambling and what kind of control the individual holds (and should hold) over the gambling, as opposed to providers of gambling who ought to respect the individuals in ways that do not result in personal catastrophes or regulators of gambling who ought to prevent and regulate negative consequences for the individual and society in general. Arguably, it is agreed that the society should provide services to people who struggle with their gambling behaviour, but if the scope of services is too narrow and rests on limited views of what happens in addiction, the problems are bound to increase.

The debate over the nature of pathology and the kind of control the agent has over her behaviour in addiction bears relevance to the kind of policies and services the society aims to provide. For instance, according to the National Institute of Drug Abuse (NIDA), addiction is a relapsing brain disease with impairment to brain functions and structure that is, if not impossible, very difficult to reverse (see for instance Volkow & Koob 2015). The science of addiction tries to find out the mechanisms and structural changes underlying addictive behaviour. Our critique of the brain disease model (BDMA) targets the reductive conclusions of the model. The model does allow degrees, but the neural changes such as loss of connectivity of certain brain areas are considered pathological. Volkow and Koob (2015) argue that this kind of information is important in developing ways of prevention and treatment. This seems plausible, especially with individuals who suffer from their condition to a great extent, but this is just one side of the coin. Another implication of this model is likely be that it may well raise the threshold for getting help. People having mild problems in controlling their behaviour do not identify their condition as ‘a brain disease’ and react to their problems later rather than earlier, if at all. Addicted individuals (e.g., certain type of problem gamblers) may think “I don’t have a problem that is so severe, at least not yet” and fail to seek help and consequently fail to reach the early prevention measures that may well have been successful.

This seems to polarize the two groups: ones that suffer from severe forms of pathological gambling and who clearly benefit from the model, and the ones that may have early symptoms and mild challenges of controlling their gambling and who would not even consider getting help from a psychiatric ward. In some sense this challenge for health care services does not reduce to or is not settled by the question whether the kind of vulnerability pathological gamblers exhibit due to their pathology is normative in a different way than the human finitude kind of vulnerability is, as it is both groups that would benefit from services targeted at their problematic behaviour. In a world with limited resources we are faced with classical problems in allocation of health care resources: what kind of services are needed, what is the fair way of distributing them, who provides them, who gets access and on what basis?

However, the nature of pathology seems relevant in policy-making on a more general level, as the vulnerability the (severely) pathological gamblers’ have seems to be the kind that requires others to protect and care about the individuals more, and also, it seems to be the kind that brings about a threat to control and autonomy. A larger question remains whether this normativity overrides the normativity of the general vulnerability that is exhibited by everyone. In what ways these different kind of vulnerabilities should be taken into consideration in societal decisions on gambling and, especially in cases of conflict, how the tipping of the scale should be done? These are issues that need more attention than what I have been able to provide in this brief glimpse.

Finally, I have touched upon pathological gambling as addiction, and referred to the potentially problematic behaviour above, but I have done so in the framework of decisions and choices. Nevertheless, it is not that self-evident that we should be content in conceptualising the action of gambling merely in terms of this kind of framework. Gambling seems to be something more than making (un)successful and (un)rewarding decisions, fast or slow. 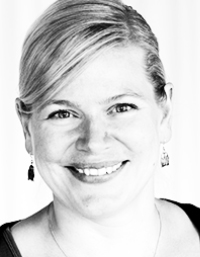