A few weeks ago and within the “Digitaler Salon” debating series at Witten/Herdecke University organized by my colleague Gabriele Gramelsberger, I had the opportunity to get a brief insight into the work of https://illuminoo.com/ , a company whose goal is to develop external replicas of people’s psychological lives. Or in their own words, they want to “build reflective intelligent agents for personal development and secure online expert communities.” (see https://illuminoo.com/ , opening page in July 2017) .The replicas, or reflective agents, are intelligent systems, which may eventually consist in simple apps downloadable onto smartphones. The system sitting in our smartphone will then track and analyze virtually all of our everyday moves, decisions, and actions. Gradually, it will develop a counterpart profile of our personality that offers precise characterizations of our habits and gives predictions about our future behavior.

The idea is fascinating. If the project is successful, the illuminoo system will allows us all to consult our twin-agents in order to learn about our own habits, preferences, characteristics and even judgments. All information is supposed to remain local. That is, it will not be spread over the cloud. However, the developers intend the system to be designed in a way that allows each user to compare aspects of his or her own behavior to the behavior of other selected participants using the same self-tracking system. Hence, the users will be able to see whether their behavior is similar to, or strikingly different from, the behavior of another participant.

However, according to the developers, the system will not allow a comparison of one’s own behavior to the “average” behavior of all participants. Moreover, the illuminoo system will not itself offer any evaluation of one’s behavior, and it will stay normatively neutral in this sense. It will merely tell the user what she does, and how her behavior differs from the behavior of selected other people. Whether that behavior is good or bad is beyond of what illuminoo can say. Or put differently, the users themselves determine the criteria for evaluating their behavior.

Let’s look at an example. Suppose that after a while the system on my phone recognizes whether I light a cigarette. At the end of the month it will be able to tell me: “During the last month, you have smoked so-and-so many cigarettes on that-and-that day in those-and-those places and circumstances, and it was so-and-so many cigarettes in total.” It will then allow me to compare my own behavior with that of another participant, whose identity is concealed to me, but about whom I learn that she or he has smoked much less or much more than myself.

The developers see applications of such a system, among other things, in the medical realm: For instance, analyzing limb movements can improve performance after an accident.

However, personal use in everyday contexts probably bears the largest potential for the system. People will gain the opportunity to analyze their own behavior as a basis for self-optimization.

If illuminoo is eventually successful – which strikes me as unrealistic for the near, but perhaps the farther future –, it will open up interesting possibilities both for empirical and philosophical research that has various connections to our www.insosci.eu project.

One prediction I would anticipate to be true is that most users will not enjoy receiving the detailed information about themselves. We know from everyday life that it is generally unpleasant for us to receive honest feedback from others that contradicts our own perception.

Moreover, my expectation would be that, on the long run, herding phenomena in various kinds of behavior can be observed within the system. This is despite the fact that only one-to-one comparisons are supposed to be allowed and despite the fact that users will not be able to determine average behavior of all users. It is still imaginable, and perhaps plausible, that the majority of people inside the system are connected to almost all others at least indirectly over paths consisting of a collection of one-to-one connections. In other words, the one-to-one interactions may still create a network connecting the majority of users. If it is also the case that behavior deviant from one’s own has an effect on the average user, then even with relatively few interactions of each individual to others, a herding phenomenon can be expected to arise. Gradually, the behavior of all users will converge to the mean behavior, or some other focal point.

If this is so, the illuminoo project has an immensely interesting connection to our www.insosci.eu project. With the results of our first subproject, it should be possible to derive some interesting predictions about the herding behavior in illuminoo. At the same time, we can provide an approach that contains the methodological and philosophical means to make sense of herding behavior in these systems. An extension of our project in this direction would be worthwhile. 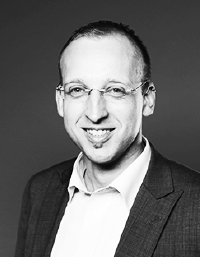