Am I free? On the importance of believing in free will.

There are undismissable philosophical questions- ‘Do we have free will? is one of them- that require clear, well supported, soundly reasoned answers. We should not be bought off with allusive, impressionistic answers, however appealing or moving they may be. (Dennett, 2013, p.45)

The discussions on the problem of free will are mostly focused on the question of its existence given the deterministic nature of the universe, and for a good reason. Obstacles, also ones coming from the conclusions of neuroscientific experiments, are also mounting.

There is a major discussion going on in both philosophy as well as in neuroscience if the widely publicized conclusions of the experiments such as Libet’s (who is the father of experimental approach to human volition, and the modified versions of his experiments are still conducted), which are often seen as proving, at least, that we do not freely and consciously initiate our actions, really follow from the results. Here however I will set aside those arguments, although there are multiple reasons to think it is not necessarily the case, e.g. arguments in philosophy by e.g. Mele, 2009, and in neuroscience e.g. Schlegel et al., 2013, 2014; Prescott et al., 2016 on the already mentioned Libet’s experimental conclusions (Libet, 1983, 1985). Instead, I will focus on the possible real life consequences that reading an article, or a headline, such as those I mentioned before, can have.

This less explored, but very interesting, aspect of the free will issue has to do more with us as agents, and is connected to the consequences of (not) believing in free will. In other words does our belief in our own freedom make a difference to our day-to-day behavior.

This angle becomes increasingly relevant when we look at some of the headlines, and articles that can be found in the popular press, such as this one: http://www.independent.co.uk/news/science/free-will-could-all-be-an-illusion-scientists-suggest-after-study-that-shows-choice-could-just-be-a7008181.html

The belief that we are free forms a basis of our intuitive understanding of ourselves, and others, as agents, but what are the potential consequences of this view being questioned? What would happen if individuals stop believing in free will, regardless of the truth or falsity of its existence, and what are the potential societal consequences of such a shift? If the conclusions of the neuroscientific experiments would be universally accepted, would it have an impact not only on the behavior of individual agents buy also on our laws and society?

A clear illustration of the problem can be found in one of articles by Dennett (2014), although there the point is rather to defend free will’s compatibility with determinism. He presents a case where a neuroscientist, after performing brain surgery on a patient, informed said patient that the chip, placed in his brain to control his obsessive- compulsive disorder, besides doing its job, also controls all his choices and decisions. In fact this was an elaborate prank the neuroscientist pulled, and the chip only performed its agreed upon function: controlled the obsessions. What happened next? Dennett speculated:

It worked; the poor fellow went out into the world convinced that that he was not a responsible agent, but rather a mere puppet, and his behavior began to show it: He became irresponsible, aggressive, negligent, indulging his worst whims until he got caught and put on trial. (Dennett, 2014, p.77)

The belief that something else, rather than him controls his behavior, in Dennett’s scenario, led the patient to change the way he reacted to the environment, and made decisions, ultimately leading him to crime. During the trial, the man defended himself by arguing that his actions were not a result of his decisions, but rather they were caused by the implant in his head. Thereby claiming that he was not in control, his judgments were not causal, and all his actions were determined by the chip. Since, as the neuroscientist admitted, this was not in fact the case, but a cruel joke, we can assume that the change in the man’s behavior was due to the change in his belief system: he no longer thought that his decisions have any causal impact on his behavior.

At a first glance the story sounds like a science fiction movie, and true, we do not have technology advanced enough to control somebody’s behavior through a chip in their head, or at least not that I know of. However it does not seem difficult to manipulate somebody’s belief in free will, as the example shows. Although Dennett’s example was not designed to illustrate what happens when we stop thinking that we are free, he seems to recognize that it is possible. Same intuition was shared by two scientists, Vohs and Schooler, who decided to conduct a series of experiments to investigate how, manipulating agent’s belief in his own free will, will influence his immediate decisions and actions.

The specific aim of the study (Vohs and Schooler, 2008) was to experimentally check if there is a link between believing in free will and cheating. Free will was assumed to be incompatible with determinism, therefore the scenarios in which determinism was true, and everything was a consequence of environmental and genetic factors, were treated as unfree. The study additionally aimed to further investigate the link between the sense of responsibility, and the behavior, where usually the former is believed to heavily influence the latter (e.g. Harmon-Jones and Mills, 1999; Ajzen, 20012; Bandura, 1982).

Two experiments were conducted. The first one tested two conditions:

First, before the experimental part, the participants were asked to complete the Free Will and Determinism (FWD) Scale and the Positive Negative Affectivity Schedule (PANAS) (both are questionnaires regarding personal attitudes towards the belief in free will, usually the answers are given on the 5 step scale, Voohs and Schooller for the FWD used the study by Paulhus and Margesson, 1994 and for PANAS: Watson et al. 1988). After completing the questionnaire, the participants were asked to fill out a computer based test, which, they were told, had a programming glitch causing the correct answer to appear on the screen while they were answering the question. Moreover the participants were also told that it was possible to stop the glitch by pressing on the space bar after the problem to be solved appeared on the screen, and that the investigator would only see the answer, and would not be able to tell if the space bar was pressed or not. In reality both the answer and the number of space bar presses were recorded. Results of the first experiment showed conclusively that the participants who read the chapter falsifying the existence of free will, cheated more frequently than the ones from the control group.

I am able to override the genetic and environmental factors that sometimes influence my behavior. (Vohs, Schooler, 2008, p.51)

In the deterministic conditions participants red sentences such as:

Ultimately, we are biological computers- designed by evolution, build through genetics and programmed by the environment. (Vohs, Schooler, 2008, p.51)

While in the neutral conditions the statements were similar to:

which clearly had nothing to do with free will.

The subjects were again asked to, first, complete two questionnaires, and then a computer based test, after which they would get feedback on the results of the test. The participants were also supposed to be paid one dollar for every correct solution to the problem from the test. After providing the instructions, the experimenter pretended to have forgotten an important meeting, and promptly left, leaving the participants to check the test themselves, score it and collect the money for every good answer. They were also asked to destroy the answer sheets, since the instructor did not have the right to keep them. It was again established the participants who took part in the deterministic condition, on average, paid themselves more than others, which led to the conclusion that, also here, decrease in the level of belief in free will led to cheating behavior.

Those were not the only studies where the importance of belief in free will was investigated. In others (Leotti et al., 2010), control over our actions and the ability to influence our environment were described as essential for our survival, both for people as well as for animals. The ability to change our environment is understood as a form of control over it, and could be seen as synonymous with free will, although this is not uncontroversial.

The experiments discussed above clearly show the existence of a link between the agent’s behavior and their belief in their own free will. Individuals who think that they are in a grip of some power, and that their decisions do not in fact matter, are more likely to change their behavior, and cheat. Decreasing belief in free will was found to lead to more selfish and automatic responses (Baumeister et al., 2009), while increasing it led to reduced aggression and increase in helpfulness.

The studies show that belief in free will, regardless of its actual existence, can have very tangible influence on our actions, and real life consequences. The results, and the conclusions, of scientific experiments can therefore be seen as not only scientifically interesting, and providing insight into action initiation processes, but can have consequences on the way our society functions. Therefore, with the developments in neuroscience, answers to the old problems, like free will, become once again increasingly more relevant. 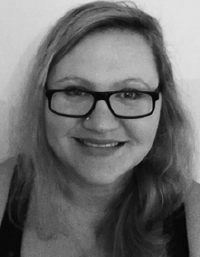